Big Town's Grill - I LOVE IT


I've known Metrodeal for quite some time since I'm really an avid group buying fan. I checked my account and saw that my first purchase way back in March of 2011. Oh yeah, that's almost two years! And guess what I bought? Two buffet vouchers at Barbara's restaurant in Intramuros.

Until recently,  I usually looked for deals on the Metrodeal site without a technique. Now, I have a different method for checking out the vouchers. I click the “Map” link and check whatever is near my place. This handy dandy feature enables me to locate great bargains near my place.

There are not a lot of deals near my house since I live in the south. I  just buy vouchers for restaurants in Manila in Makati. Or I just buy nice items. I was so surprised when I saw a voucher for Big Town's Grill - a restaurant near my home. I'm  really not familiar with the establishment but I got 3 vouchers anyway.

I wasn't in the mood to cook yesterday and was so hungry. I printed my vouchers and asked my friend to come with me. It turned out that I knew Big Town's Grill all along. I've eaten there more than a dozen times already. My brother and I used to go that place whenever when we were to lazy to cook and want a home cooked meal. I guess they just changed their restaurant name.

Big Town's Grill is a place where friends can hang out and maybe drink some beer. But anyone would enjoy there time there...even non-alcoholic drinkers. They have live music on certain days. Unfortunately, there were no live performers when we visited because we came there in the middle of the week.


Anyway, we got three plates of food and 3 glasses of iced tea. We had tempura, fried chicken and fish fillet with pansit and crackers. We also ordered cheese sticks as our appetizer. It turned out we didn't have to order extra food. We were so full and satisfied in the end. And I really really loved their iced tea because they put real lemon in it. I'm a a fan of lemons..so yeah. :)

If you haven't yet, you got to check out Metrodeal's map feature. It's a really cool way to look for deals. Thanks Metrodeal!
Posted by livingoffmetrodealblogger at 10:52 AM No comments:

I have to admit that I am not a big chocolate fan. Don't get me wrong though, I don't hate it. I actually enjoy eating chocolates once in a while. Let's just say that I am not totally addicted to it.

Being the bargain hunter that I am, I bought one KoKoa Hut voucher from Metrodeal. I realized that it's the perfect opportunity try something new. I'm tired of the usual chocolate brands – Lindt, Ferrero, Toblerone, etc. 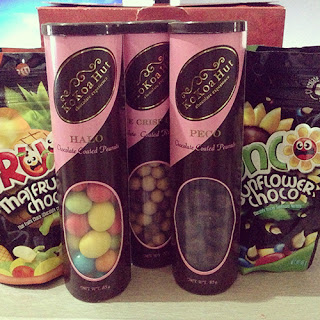 I did my little research and learned that KoKoa Hut is a chocolate brand from Thailand. They have a lot of branches in Bangkok. Here in the Philippines, they already have 3 branches. Sounds interesting, right?

Claiming my package was fast and convenient. My KoKoa Hut chocolates came from Robinsons Place Manila and it took just a couple of minutes to get the chocolates. I appreciate the fact that that they placed the chocolates inside a nice box.

Anyway, I got all of these chocolates for only 330 pesos. 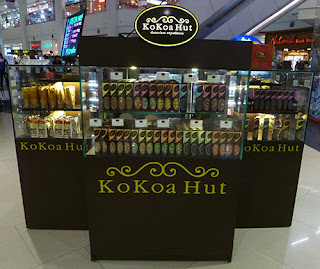 The verdict? So far I have only tried two variants - Rice Crisp Choco. The Fruto Choco was interesting since it's very unique. The chocolate coating was delectable and the fruits were surprisingly tasty. I also enjoyed the Rice Crisp Choco because I taste a hint of coffee in it. I'm pretty sure I'll enjoy Sunco Choco and the Chocolate Covered Peanuts. 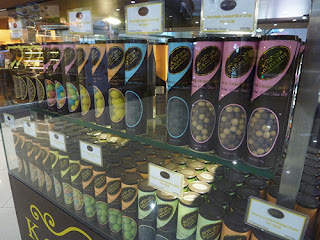 Thank you Metrodeal for introducing KoKoa Hut to me!
Posted by livingoffmetrodealblogger at 9:54 AM No comments:

I am a Manny Pacquaio fan and the reason is not solely because of Pinoy pride. I am a huge Pacman follower because he is a living proof that you can really climb your way to the top through hard work and dedication.

I was ecstatic when I saw the H20 Hotel Pacquaio-Marquez 4 deal from Metrodeal. I invited my brother and my friend who are both Pacman supporters like me.

There were a couple of undercards before the big match. While we were waiting for the main event, we got in line to get some food. They offered a couple of dishes - fish, chicken and sweet and sour pork. For dessert, they served some sort of mango jelly and fruits. We were all so hungry that we weren't able to take some pictures.

I finished eating just in time for the Gesta vs. Vazquez match - another Philippines vs Mexico fight. I didn't expect it to be so exciting! The next match, Farenas vs. Gamboa was equally thrilling. Since I didn't know any of them, I rooted for Farenas just because he's Filipino. It's just too bad that both our boxers lost.
And the Pacquaio-Marquez fight... I guess everyone already knows what happened. The fight was like an emotional roller coaster for me. I was down when Pacquaio got knocked down, overjoyed when Marquez got knocked down, elated when Pacquaio was connecting so many punches and downright shocked when our nation's pride got knocked out.

I swear, the whole function room fell silent and for a minute I almost thought that Pacman wouldn't stand up again. When he finally got up and Marquez was declared the winner, we left the hotel right away.

I was so heartbroken. We were all heartbroken. But a huge part of me was relieved that Pacman was okay and smiling. I was kind of sad for a couple of days. But you know what? I became a bigger fan after this because of the way he handled the loss. He is such a gracious loser - a quality that we rarely see nowadays.
Posted by livingoffmetrodealblogger at 3:51 PM No comments:

I'm super excited for this year. Instead of just writing down my new year's resolutions, I made a SWOT matrix. SWOT actually stands for Strengths, Weaknesses, Opportunities, and Threats. It's an analysis tool or a framework mostly used by organizations for decision making (If you are interested, simply Google SWOT). Since I want this year to be great, I made sure that I gave my all when I created a list of to dos.


One of the things that I want to focus on this year is my health. It would love to lose weight but eating healthy is my really goal. Here's a confession: I still hate green leafy vegetables. I guess that will change this year.

This doesn't mean that I will completely cut off all my small indulgences. I'll still get my coffee fix from Figaro once in a while. I already claimed my two frappes (thanks to Metrodeal) and I have a couple more to spare. :)

Aside from the health thing, I also want to save up some money this year. My plan is simple - earn more and spend less.  To save money, I will take group buying seriously. From the past year, I saved thousands just by buying from Metrodeal. This year, I expect to save more.


I wish everyone a fun and prosperous 2013! I hope this year will be good to all of us.
Posted by livingoffmetrodealblogger at 7:00 PM No comments: