I've talked about Metrodeal's Map tool before. If you haven't read my post, you can read it here. I'm sure you'll love the feature as much as I do. 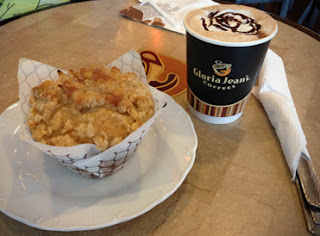 Through the tool, I discovered that there were several deals at Pan Pacific Hotel. The hotel is just a walking distance away from my previous place. It's also near the establishment where I previously worked and where some of my friends are still working. I bought a couple of vouchers (Mini Shabu-Shabu and Gloria Jean's) since I knew I can easily ask someone to tag along with me.

True enough, it wasn't hard to convince one of my friends to come with me to Pan Pacific Hotel. We were so excited that we arrived too early! We decided to order coffee and apple streusel muffin from Gloria Jeans to pass time. We didn't have to pay a single cent since I had a Metrodeal voucher (100 pesos for 200 worth of Gloria Jean's beverages or treats). Such a sweet deal, right?

Our second stop was Mini Shabu-Shabu at the third floor of the hotel. I really really like Shabu-shabu  and I often crave it. Truth is...I'm slightly ashamed to admit that I've never tried Thousand Cranes or Mini Shabu-Shabu before. I guess I was too loyal to my favorite shabu-shabu restaurant. It's great that I was finally able to try something new. 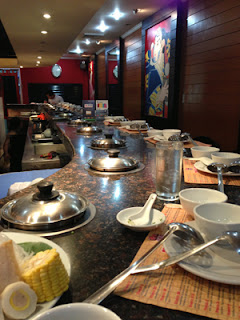 From my experience, I cannot finish one pot of shabu-shabu by myself.  My friend can't possibly do the same as well. So, we just ordered Shrimp and Beef Shabu-Shabu and Ebi Tempura. We also asked for extra order of sauce for Shabu-Shabu. 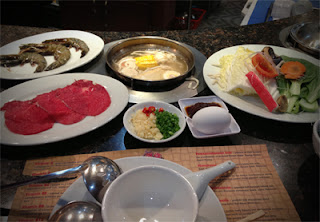 Their tempura was so delicious and satisfyingly crunchy. MetroDeal you have fulfilled my dreams once again! If my friend didn't come along, I probably could have had the whole plate for myself! Of course, the shabu-shabu was tasty as well. Aside from the food, I especially loved the service. Everyone was so friendly and efficient. The staff welcomed and said goodbye to use with a smile. That alone will make me come back there.

Before going home, we stopped by Gloria Jeans again to buy some pastries. I still have one voucher so I got a muffin and cake for take out. 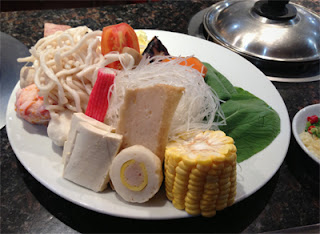 Thank you Metrodeal for filling our tummy with delicious treats!

Posted by livingoffmetrodealblogger at 6:04 PM No comments:


Shi Lin is a Taiwanese restaurant which has a few branches in the Philippines. Since I want to visit Taiwan someday, I figured I'd try their food first with my latest voucher from MetroDeal. 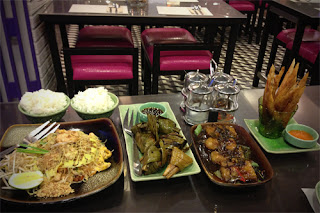 Xia Long Bao is my absolute favorite from Shi Lin's menu. The truth is that I used to hate Xiao Long Bao. I remember eating at a Chinese Restaurant somewhere in Manila (that time without a MetroDeal voucher) and they recommended Xiao Long Bao. It tasted so horrible - like a mix between rotten and raw. I thought that's how it supposed to taste like! I'm really glad that I tried it from Shi-Lin. Now, I love it more than Siu Mai. 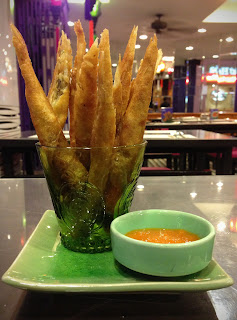 Aside from the Xia Long Bao, we ordered the Shrimp and Pork Dumpling and Noodles with Vegetables and Pork Wonton. They even gave us two tall glasses of iced coffee – which was a surprise. The whole staff was friendly and the orders came really fast.  The food was of the highest quality. 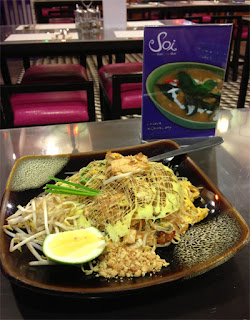 I proudly recommend this restaurant to everyone.Thanks MetroDeal for another wonderful deal!
Posted by livingoffmetrodealblogger at 9:15 PM No comments: